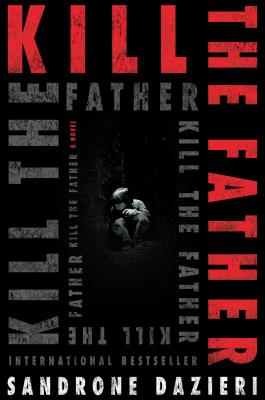 In this fascinatingly complex thriller—a 2017 WHSmith Richard and Judy pick—two people, each shattered by their past, team up to solve a series of killings and abductions—a ruthlessly planned escalation that turns out to be merely the surface of something far more sinister.

When a woman is beheaded in a park outside Rome and her six-year-old son goes missing, the police unit assigned to the case sees an easy solution: they arrest the woman’s husband and await his confession. But the chief of Rome’s major crimes unit doubts things are so simple. Secretly, he lures to the case two of Italy’s top analytical minds: Deputy Captain Colomba Caselli, a fierce, warrior-like detective still reeling from having survived a bloody catastrophe, and Dante Torre, a man who spent his childhood trapped inside a concrete silo. Fed by the gloved hand of a masked kidnapper who called himself “the Father,” Dante emerged from his ordeal with crippling claustrophobia but, also, with an unquenchable thirst for knowledge and hyperobservant capacities.

"[Features] two of the most intriguing detectives to have emerged in recent years .... As the case unfolds, this interesting pair realize the killer may be setting a trap for them that is going to prove impossible to escape. Brutal and frighteningly realistic, it never loses its grip."
—The Daily Mail

"Dante’s wry humor and the bond that develops between these unlikely friends make this a compelling read. Kill the Father is only the first instalment of what promises to be a brilliant series."
—Culturefly

Sandrone Dazieri is the bestselling author of numerous novels and screenplays. Kill the Father, the first novel in his series featuring Colomba Caselli and Dante Torre, was an international bestseller and received spectacular praise for its highly unconventional detective duo. Kill the Angel was also a bestseller, and Kill the King is the third and final novel in the series. You can follow him on Twitter @SandroneDazieri.
or
Not Currently Available for Direct Purchase