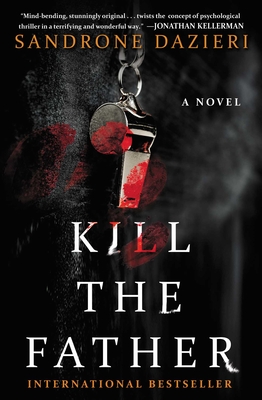 An “electrifying...page-turning thriller” (New York Times bestselling author Jeffery Deaver) about two people, each shattered by their past, who team up to solve a series of killings and abductions that turn out to be just the visible surface of something far more sinister.

When a woman is beheaded in a park outside Rome and her six-year-old son goes missing, the police unit assigned to the case sees an easy solution: they arrest the woman’s husband and await his confession. But the chief of Rome’s major crimes unit doubts things are so simple. He hires two of Italy’s top analytical minds to solve the mystery: Deputy Captain Colomba Caselli, a fierce, warrior-like detective still reeling from having survived a bloody catastrophe, and Dante Torre, a man who spent his childhood trapped inside a concrete silo. Fed by the gloved hand of a masked kidnapper who called himself “the Father,” Dante emerged from his ordeal with crippling claustrophobia but, also, with an unquenchable thirst for knowledge and hyper-observant capacities.

Kill the Father is “outstanding…an unrelenting, adrenaline-fueled novel, with a final twist serving as a setup for a sequel. Don’t be surprised if Kill the Father becomes the next Big Thing in international crime fiction” (Booklist, starred review).

“Colomba Caselli and Dante Torre are certainly the most audacious characters to emerge in crime fiction in many moons…. [The book] has more climaxes than a brothel on a Saturday night.  It’s almost like those 15 chapter serials we saw at the movies when we were kids…with each episode ending with a cliffhanger…Dazieri is an inventive and original writer.”
—David Rothenberg on WBAI Radio

“Absorbing, disturbing, clever, bizarre, original and brutal. The outline of the plot is simple, its execution thrilling.”
—The Times of London (Book of the Month)

“This [debut] introduces us to two of the most intriguing detectives to have emerged in recent years… Brutal and frighteningly realistic, it never loses its grip.”
—Daily Mail

“Already a bestseller throughout Europe, and receiving fantastic advance praise… [a] fascinatingly complex thriller.”
—i newspaper

Sandrone Dazieri is the bestselling author of numerous novels and screenplays. Kill the Father, the first novel in his series featuring Colomba Caselli and Dante Torre, was an international bestseller and received spectacular praise for its highly unconventional detective duo. Kill the Angel was also a bestseller, and Kill the King is the third and final novel in the series. You can follow him on Twitter @SandroneDazieri.
Loading...
or
Not Currently Available for Direct Purchase