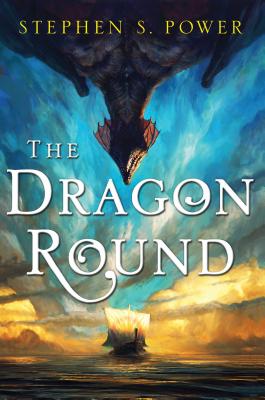 The Count of Monte Cristo with a dragon: a dark literary fantasy in which “Power paints his scenes with vivid and meticulous detail, and takes his tale of revenge in unexpected and refreshing directions” (Marie Brennan, author of the Natural History of Dragons series).

Jeryon has been the captain of the Comber for more than a decade. He knows the rules. He likes the rules. But not everyone on his ship agrees. After a monstrous dragon attacks the galley, the surviving crewmembers decide to take the ship for themselves and give Jeryon and his self-righteous apothecary “the captain’s chance”: a small boat with no rudder, no sails, and nothing but the clothes on his back to survive on the open sea.

Fighting for their lives against the elements, Jeryon and his companion land on an island that isn’t as deserted as they originally thought. They find a baby dragon that, if trained, could be their way home. But as Jeryon and the dragon grow closer, the captain begins to realize that even if he makes it off the island, his old life won’t be waiting for him. In order get justice, he’ll have to take it for himself.

From a Pushcart Prize–nominated poet and short story writer, The Dragon Round combines a rich world, desperate characters, and tightly coiled prose into a complex and compelling tale of revenge, perfect for fans of George R.R. Martin, Gene Wolfe, and Scott Lynch.

Praise For The Dragon Round…

“Power paints his scenes with vivid and meticulous detail, lending real force to the struggles his characters face, and takes his tale of revenge in unexpected and refreshing directions. Think you know where this story is going? Think again.”
— Marie Brennan, author of the Natural History of Dragons series and the Doppelganger duology

"Power’s promising first novel mixes dark naval adventure with classic fantasy in a tale of mutiny with a twist...[He] adeptly mashes together Horatio Hornblower–style adventure with the art of training dragons and a hint of backstabbing treachery for a thoroughly enjoyable tale."

"Drawing inspiration from The Count of Monte Cristo, Pushcart Prize nominee Stephen S. Power uses his poetic power to narrate a tale of a man living only for retribution. . . . Power contrasts the captain’s example of sacrifice, discipline, and honor with the self-interest, indolence, and infamy of his enemies. The captain’s primary motivation, revenge, leads to a surprising but fitting conclusion."

"[The Dragon Round] had me hooked from the very beginning and didn’t let me go until the epic conclusion. Even then, it left me wanting more. . . . This book will appeal to many readers as it has the aspects of a murder mystery, a swashbuckling adventure, and a vengeance story all rolled into one."

"Power’s debut brings to mind Naomi Novik’s “Temeraire” series, with its dragons and maritime themes, and will keep readers engrossed as they follow his protagonist’s quest for survival and ­vengeance."

Stephen S. Power’s short fiction has appeared at AE, Daily Science Fiction, Flash Fiction Online, Lightspeed, Nature, and many other venues. A Pushcart Prize nominee, he’s published more than seventy poems in journals such as Clarion, The Lyric, The Iron Horse Literary Review, Measure, and Raintown Review. As a veteran book editor he’s worked on numerous bestsellers, but The Dragon Round is his first novel. He tweets at @StephenSPower, his site is StephenSPower.com, and he lives in Maplewood, New Jersey.
Loading...
or
Not Currently Available for Direct Purchase