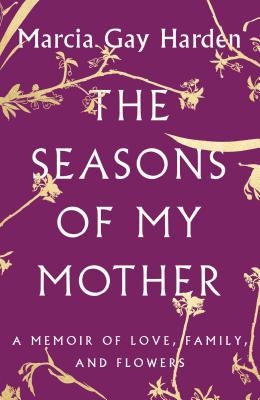 The Seasons of My Mother (Hardcover)

Marcia Gay Harden is an actress of the stage, screen, and television. She is also an author, an advocate for Alzheimer’s research, a gardener, and a potter. She lives in Los Angeles and New York with her three children, two cats, and a dog. The fish stays in LA. Learn more from TheOfficialMarciaGayHarden.com and follow her on Twitter @MGH_8.

“[F]lowers and their meaning run through this intergenerational story, organized around the seasons and the blooms they bring to mind, Marcia’s childhood and her sometimes-spiky relationship with her parents. The description of her mother’s drift into the limbo of Alzheimer’s will be familiar to anyone dealing with a family member who has dementia, but the author sees through what has been lost….There is beauty here, and tragedy….But as an actor, Harden uses the persuasive strength of her voice to inhabit every line.”— New York Times
or
Buy Here
Copyright © 2020 American Booksellers Association