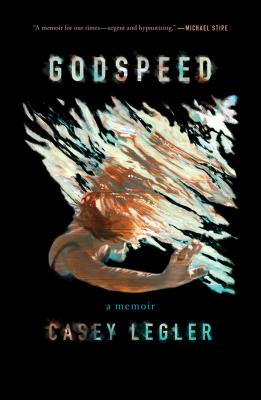 “Raw and poetic…lean and ferocious.” —The New York Times

“I swim for every chance to get wasted—after every meet, every weekend, every travel trip. This is what I look forward to and what I tell no one: the burn of it down my throat, to my soul curled up in my lungs, the sharpest pain all over it—it seizes and stretches, becoming alive again, and is the only thing that makes sense.”

At fifteen, Casey Legler is already one of the fastest swimmers in the world. She is also an alcoholic, isolated from her family, and incapable of forming lasting connections with those around her.

Driven to compete at the highest levels, sent far away from home to train with the best coaches and teams, she finds herself increasingly alone and alienated, living a life of cheap hotels and chlorine-worn skin, anonymous sexual encounters and escalating drug use. Even at what should be a moment of triumph—competing at age sixteen in the 1996 Olympics—she is an outsider looking in, procuring drugs for Olympians she hardly knows, and losing her race after setting a new world record in the qualifying heats.

After submitting to years of numbing training in France and the United States, Casey can see no way out of the sinister loneliness that has swelled and festered inside her. Yet wondrously, when it is almost too late, she discovers a small light within herself, and senses a point of calm within the whirlwind of her life.

In searing, evocative, visceral prose, Casey gives language to loneliness in this startling story of survival, defiance, and of the embers that still burn when everything else in us goes dark.

Praise For Godspeed: A Memoir…

"Godspeed is a memoir for our times—an urgent, hypnotizing account of growing up and growing into ones skin under extreme circumstances.  As brutal and original a telling as I can remember— of loneliness, of coping until the center cannot hold. There is darkness here but in Casey Legler’s deft hands it serves the light. A cut-to-the-bone blues song in chapter form, these pages are touched, as she is, with lightning."
— Michael Stipe

“Reading Godspeed is an experience as invigorating, beautiful and punishing as standing under a waterfall. Legler is an unflinching chronicler of light and darkness, loneliness and embodiment, and the deep enchantments of sensation.”
— Helen Macdonald, author of H Is For Hawk

"Exceptionally talented, reckless, separated from a true sense of herself, Legler could so easily have not survived her early life.  The tension here is in how close she comes--by choice, or by default, in settings both elegant and ruined--and is still able to restore herself, her soul, and renew language itself to tell of it. Many of us would be well served by reading the last sentence of this memoir every day."
— Amy Hempel

"A poetically written account by a resilient rebel who skillfully captures what it is like to feel the world through her skin."
— Booklist

"[A memoir] with so much power...inspiring."
— Vanity Fair

"Raw and poetic...lean and ferocious."
— The New York Times