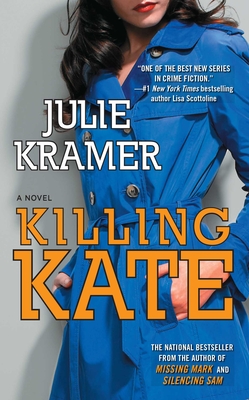 Crime-solving means high ratings for Minnesota TV reporter Riley Spartz when she nails the culprit behind Silencing Sam (“Sexy, sinister.” —Linda Fairstein). But the stakes rise when Riley must piece together a serial killer’s murderous motive for Killing Kate.

Channel 3’s news director sends Riley on a dog rescue story sure to win over Minneapolis–St. Paul’s viewers. But when the Twin City’s latest murder victim is someone from Riley’s past, she can’t stay away. Kate Warner was her college roommate’s sister, and the killer’s signature—a chalk outline of a winged angel—links him to a string of homicides across the Midwest. Unearthing his agenda leads Riley to the legendary Black Angel statue in an Iowa cemetery—and may lead to a twisted trap designed just for her by the angel killer himself.