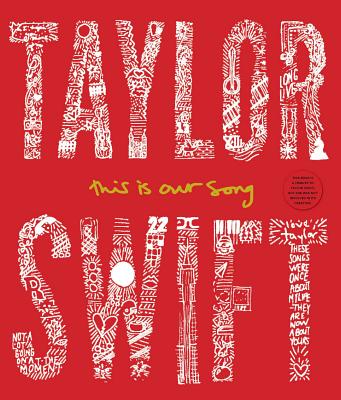 This Is Our Song

A book about Taylor.
Made with love.
By fans. For fans.

“Delightful...A rich and exhaustive production...Swifties have gotten their bible.” —The New Yorker

Ten years ago, an unknown sixteen-year-old released a self-titled debut country album. A decade later, Taylor Swift has reached record-breaking, chart-topping heights. A ten-time Grammy winner, Swift has been hailed for her songwriting talent, crossed effortlessly from country to pop, and established herself as a musician who can surprise, delight, and inspire, all while connecting with her fans in a way that only she can.

Amazingly, after all these years, there is no great, comprehensive book about Swift for her fans. Until now. This book, a fan-generated celebration of Swift’s first decade as an artist, collects the best writing and images from the past ten years in one gorgeous volume. From prefame interviews with Swift in local Pennsylvania newspapers to major profiles in The New Yorker and Rolling Stone; from album reviews by top critics such as Robert Christgau, Sasha Frere-Jones, and Ann Powers to essays by beloved novelists like Maggie Shipstead; from Tavi Gevinson’s classic ode to Swift in The Believer to Q&As with Chuck Klosterman and humorous analysis from McSweeney’s and The Hairpin; from album-themed crossword puzzles and adult coloring pages to profiles of Taylor’s biggest fans; from an excerpt of the soon-to-be-published novel Taylor Swift: Girl Detective to a “book within a book” of Swift’s most inspiring quotations titled (naturally) The Tao of Tay, this book is the vital collection of all things Taylor.

Here, finally, is the must-have book for every Swiftie and every music lover. For, as Klosterman wrote in GQ, “If you don’t take Swift seriously, you don’t take contemporary music seriously.”

* This book is a tribute to Taylor Swift, but she was not involved in its creation. *

Tyler Conroy has been a Swiftie since Taylor Swift’s tour bus almost ran him over in 2008. Born in Conway, Massachusetts, he began taking guitar lessons at age fifteen just so he could learn every song on Fearless. Since then, he has ugly cried at nineteen Swift shows, met her three times, put on an entire Taylor Swift musical, been invited to her NYC loft, and gotten the word fearless in her handwriting tattooed on his left foot. “I am so proud to be the honorary author of this book,” he says. “Taylor made being different cool and, for all of us who see ourselves as different, she’s given us a reason to stay fearless.”

Praise For Taylor Swift: This Is Our Song…

“Delightful . . . The Swifties have gotten their bible. . . . But This Is Our Song, like Swift herself, holds fascination for those outside that group as well. More than a mere scrapbook for superfans, the book is a document of a star’s self-directed ascendance; a case study of one young woman’s endeavor to extract and project colossal levels of affection; and an inquiry into Swift’s brand of American appeal and ambition, which seems both ludicrously obvious and always slightly beyond accounting.” —Jia Tolentino, The New Yorker

“Guys, this is a coffee-table book you actually want to READ. It’s essentially a record of everything Taylor Swift. . . . There’s so much out there about Taylor that even as a super-Swiftie, I haven’t been able to keep up. . . . Every time I open this book I find something new and amazing, and every time I close it I feel inspired and awed by the power of Taylor Swift and what she means to me and so many others.” —Katy Herman, Buzzfeed

“Dazzling . . . Mom and/or Dad, the Swiftie in your household will think you’re pretty cool if he or she discovers this temple to Taylor under the tree (even if it is, shudder, a book).” —USA Today’s “10 Beautiful Holiday Gift Books”

“Taylor Swift has been doing her sparkly, bigger-than-life, hit song-writing thing for ten years and this book, put together by author Tyler Conroy and Swift’s fans (aka Swifties), documents and celebrates everything about the twenty-six-year-old songstress.” —Parade