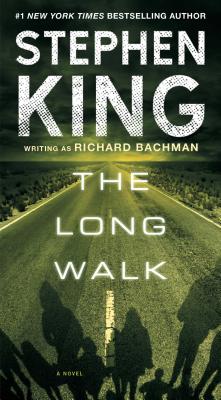 “I give my congratulations to the winner among your number, and my acknowledgements of valor to the losers.”

Against the wishes of his mother, sixteen-year-old Ray Garraty is about to compete in the annual grueling match of stamina and wits known as The Long Walk. One hundred boys must keep a steady pace of four miles per hour without ever stopping...with the winner being awarded “The Prize”—anything he wants for the rest of his life. But, as part of this national tournament that sweeps through a dystopian America year after year, there are some harsh rules that Garraty and ninety-nine others must adhere to in order to beat out the rest. There is no finish line—the winner is the last man standing. Contestants cannot receive any outside aid whatsoever. Slow down under the speed limit and you’re given a warning. Three warnings and you’re out of the game—permanently....