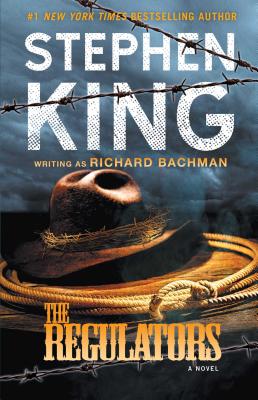 Master storyteller Stephen King presents the classic, terrifying New York Times bestseller of those caught between the surreal forces of good versus evil in a small suburban Ohio town.

“The red van rolls past…humming and glinting. …Things are happening fast now, although no one on Poplar Street realizes it yet.”

It’s a gorgeous midsummer afternoon along Poplar Street in the peaceful suburbia of Wentwort, Ohio, where life is as pleasant as you ever dreamed it could be. But that’s all about to end in blaze of gunfire and sudden violence, forever shattering the tranquility and the good times here. For the physical makeup of Poplar Street itself is now being transformed into a surreal landscape straight out of the active imagination of the innocent and vulnerable Seth Garin—an autistic boy who’s been exposed to and possessed by a horrific, otherworldly force of evil, one with sadistic and murderous intent and who is willing to use whatever means necessary to grow ever stronger.