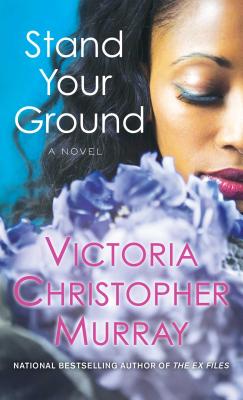 From the #1 Essence bestselling and award-winning author Victoria Christopher Murray comes Stand Your Ground, a novel about two mothers who must grapple with their faith and belief in justice in the midst of a highly charged murder trial involving the death of an African-American teenage boy.

A black teenage boy is dead. A white man shot him. Was he standing his ground or was it murder?

Janice Johnson is living every black mother’s nightmare. Her seventeen-year-old son was murdered and the shooter has not been arrested. Can the D.A. and the police be trusted to investigate and do the right thing? Should Janice take advantage of the public outcry and join her husband alongside the angry protestors who are out for revenge?

Meredith Spencer is married to the man accused of the killing and she sees her husband and the situation with far more clarity than anyone realizes. What she knows could blow the case wide open, but what will that mean for her life and that of her son? Will she have the courage to come forward in time so that justice can be done?

#1 national bestselling and award-winning author Victoria Christopher Murray’s Stand Your Ground is a pulse-pounding meditation on race, motherhood, marriage, and vigilante justice that will have readers spellbound until its shocking end.

Victoria Christopher Murray is the author of more than twenty novels including: Greed; Envy; Lust; The Ex Files; Lady Jasmine; The Deal, the Dance, and the Devil; and Stand Your Ground, which was named a Library Journal Best Book of the Year. She is also the coauthor of the novel The Personal Librarian. Winner of nine African American Literary Awards for Fiction and Author of the Year (Female), Murray is also a four-time NAACP Image Award Nominee for Outstanding Fiction. She splits her time between Los Angeles and Washington, DC. Visit her website at VictoriaChristopherMurray.com.
Loading...
or
Not Currently Available for Direct Purchase