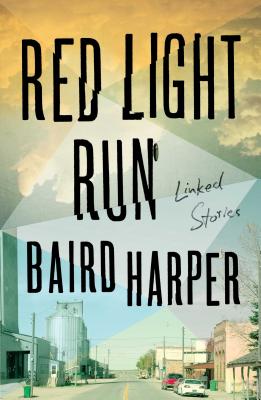 When two cars collide at an intersection in a leafy Chicago suburb, Hartley Nolan is not the person police expect to find behind the wheel. After all, he barely drinks; everyone knows it’s his wife who’s the alcoholic. But the bigger question on people’s minds is what brought Sonia Senn, dead at the scene, back to her hometown in such a hurry that night?

In eleven tightly linked stories, Red Light Run pulls us into the inner lives of Hartley, Sonia, and a host of other characters to untangle the mounting forces that carry them to their fates. Among the ensemble in this prismatic collection are a real estate agent who seeks gossip on the market rather than houses, a trailer park developer whose entire livelihood is laid to waste by a single cigarette, a divorced mother battling her daughter-in-law for hegemony over her kitchen, a widower hell-bent on destroying the invasive species of beetle that’s wiping out his oak trees, and a down-and-out handyman with a desperate plan for revenge. And then there’s Sonia Senn, with a dark secret of her own, and Hartley Nolan, who has risen above his roots to become a commodities trader in Chicago only to end up sentenced to eight years at Grassland State Prison. With infectiously grim humor and wry insight, these characters contemplate their realities in relation to one tragic moment, propelling us toward a startling revelation about the long and sometimes crooked arc of justice.

Baird Harper’s fiction has appeared in Glimmer Train, Tin House, StoryQuarterly, and The Chicago Tribune, among other publications, and has been anthologized in New Stories from the Midwest, 2015; 40 Years of CutBank, Stories; and twice in Best New American Voices. The recipient of the 2014 Raymond Carver Award for Short Fiction, the Chicago Tribune's Nelson Algren Award, and the James Jones Short Story Award, Harper lives in Oak Park with his wife and two kids, and he teaches creative writing at Loyola University and the University of Chicago. Red Light Run is his first novel.

“Baird Harper's characters—their hopes far behind them—default to various Plan Bs. They live on an ex-urban prairie between somewhere and somewhere else. This might not seem promising material, but Harper's deft articulation of ordinary life and its practitioners lifts vibrant, often tricky, stories off this hard geography.”
—Carol Anshaw, author of Carry the One

“Baird Harper’s clean, mordant prose makes this cubist thriller a rush to read and assemble. The tragic death at its heart is so appallingly sad, yet feels so inevitable, we know we’re in the hands of a master.”
—James McManus, author of Positively Fifth Street

“In Red Light Run Baird Harper’s passionate and recalcitrant characters struggle both to remember and to forget the events surrounding a fatal accident in a small town.  His stories conjure a world half-known and half-understood in which there are no easy answers to the questions of guilt, blame and forgiveness.  This is a dazzling and absorbing collection.”
—Margot Livesey, author of Mercury and The Flight of Gemma Hardy

“In the tradition of Sherwood Anderson’s Winesburg Ohio, Baird Harper has tapped the tree of Midwestern Gothic to produce a deep-hearted, unforgettable set of characters and their tightly knitted tales, each on a collision course toward a fate that binds them all. In this artfully plotted thriller, towns and people get stories stuck to them that they can’t shake, no matter how hard they try. This raw, fearless debut announces Baird Harper as the real deal.”
—David Giffels, author of The Hard Way on Purpose

“A surprising crowd-pleaser that will appeal to fans of Dan Chaon’s Await Your Reply and Nickolas Butler’s Shotgun Lovesongs as well as to literary book clubs, which will find much to discuss.” —Booklist

“With its impressive range of narrative voices and fully imagined lives of yearning, sometimes desperate characters, this collection marks the arrival of a promising new voice in literary fiction.” —Publishers Weekly