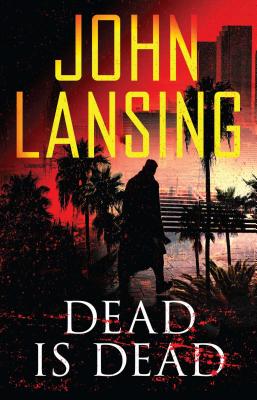 Retired Inspector Jack Bertolino gets his first taste of the erratic nature of Hollywood when A-list producer, George Litton, options one of Jack’s recent cases for a film.

Jack is engaged as the film’s technical advisor, which stars It Girl Susan Blake. But more importantly, he’s on hand to keep a protective eye on Susan, who’s being harassed by a disturbing cyber-stalker.

But that’s not all that starts to turn Jack’s world upside-down. When a five-year-old girl is shot dead in her family’s living room, just blocks from where the movie is being filmed, Jack realizes there are threads connecting the movie, the murder, a brutal gang of brothers, and a terrifying body count.

Will Jack be able to find justice for the young girl and keep Susan safe? Or will this be his last and fatal trip to Hollywood?

John Lansing is the author of four thrillers featuring Jack Bertolino—The Devil’s Necktie, Blond Cargo, Dead Is Dead, and The Fourth Gunman—as well as the true-crime non-fiction book Good Cop Bad Money, written with former NYPD Inspector Glen Morisano. He has been a writer and producer on Walker, Texas Ranger, and the co-executive producer of the ABC series Scoundrels. A native of Long Island, John now resides in Los Angeles. Find out more on JohnLansing.net and follow him on Twitter @jelansing.
Loading...
or support indie stores by buying on