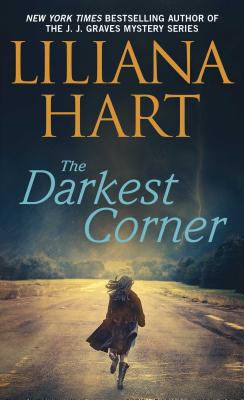 New York Times and USA TODAY bestselling author Liliana Hart’s first book in her suspenseful Gravediggers series, featuring an elite group of mysterious men who might be dead to the world, but are also tasked with saving it—and no one can ever know.

The world thinks they're dead. The world is wrong.

Deacon Tucker is a dead man walking. A former black ops agent, he was disavowed and stripped of all honor before being recruited as a Gravedigger. But his honor and good name no longer matter, because no one knows he’s alive, and he’ll never get the recognition he deserves. His mission is simple: save the world or die trying. And for God’s sake, don’t ever fall in love. That’s a rule punishable by death. The kind of death a man can’t be brought back from.

Tess Sherman is the only mortician in Last Stop, Texas. She has no idea how Deacon Tucker ended up in her funeral home, but she’ll eat her hat if he’s only a funeral home assistant. Deacon is dangerous, deadly, and gorgeous. And she knows her attraction to him can only end in heartache.

Praise For The Darkest Corner (Gravediggers #1)…

“VERDICT: Gritty, deadly, and peppered with unexpected humor, this supersexy, adrenaline-charged story will keep readers on edge and breathless until the last page.”
— --Library Journal

“Liliana Hart sets up a fascinating and intriguing premise of individual men forced into taking extreme steps. Her heroine’s reluctant immersion into this world allows readers to discover the treachery and danger looming all around…a thrilling series!”
— RT Book Reviews

“A cool blend of entertaining antics and suspenseful moments, with a slightly morbid sense of humor thrown in for good measure. (Our heroine was a mortician, after all!) I had a blast getting to know this cast of characters and can’t wait to see what exciting things Liliana Hart has in store for us next.”
— Harlequin Junkie

Liliana Hart is a New York Times, USA TODAY, and Publishers Weekly bestselling author of more than forty titles. Since self-publishing in June of 2011, Liliana has sold more than four million ebooks. She’s appeared at #1 on lists all over the world and all three of her series have appeared on the New York Times list. Liliana is a sought after speaker and she’s given keynote speeches and self-publishing workshops from California to New York to London. When Liliana and her husband aren’t spending time with their children, they’re living the life of nomads, traveling wherever interests them most.
Loading...
or
Not Currently Available for Direct Purchase