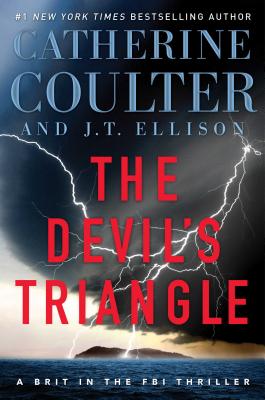 From New York Times bestselling authors Catherine Coulter and J.T. Ellison comes the highly anticipated thriller in their Brit in the FBI series, featuring special agents Nicholas Drummond and Michaela Caine in their new roles as heads of the Covert Eyes team—but will their first case be their last when the enigmatic and dangerous thief known as the Fox reappears?

Praise For The Devil's Triangle (A Brit in the FBI #4)…

"Coulter and Ellison are really on an amazing roll with their outstanding A Brit in the FBI series. Wildly creative and twisty plots that take readers on crazy rides around the world are anchored by a core cast of unforgettable characters. Another element that has been great in this series is the developing relationship between Nicholas Drummond and Michaela “Mike” Caine. Thrillers do not get better than this!"
— RT Book Reviews, Top Pick