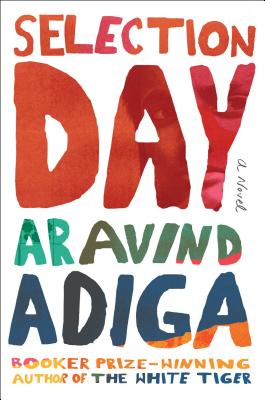 From Aravind Adiga, the bestselling, Booker Prize­–winning author of The White Tiger, a dazzling new novel about two brothers in a Mumbai slum who are raised by their obsessive father to become cricket stars, and whose coming-of-age threatens their relationship, future, and sense of themselves.

Manjunath Kumar is fourteen and living in a slum in Mumbai. He knows he is good at cricket—if not as good as his older brother, Radha. He knows that he fears and resents his domineering and cricket-obsessed father, admires his brilliantly talented sibling, and is fascinated by curious scientific facts and the world of CSI. But there are many things, about himself and about the world, that he doesn’t know. Sometimes it even seems as though everyone has a clear idea of who Manju should be, except Manju himself. When Manju meets Radha’s great rival, a mysterious Muslim boy privileged and confident in all the ways Manju is not, everything in Manju’s world begins to change, and he is faced by decisions that will challenge his understanding of it, as well as his own self.

Filled with unforgettable characters from across India’s social strata—the old scout everyone calls Tommy Sir; Anand Mehta, the big-dreaming investor; Sofia, a wealthy, beautiful girl and the boys’ biggest fan—this book combines the best of The Art of Fielding and Slumdog Millionaire for a compulsive, moving story of adolescence and ambition, fathers, sons, and brothers. Selection Day is Adiga’s most absorbing, big-hearted novel to date, and proves why “with his gripping, amusing glimpse into the contradictions and perils of modern India, Aravind Adiga has cemented his reputation as the preeminent chronicler of his country’s messy present” (Newsweek).

Aravind Adiga was born in India in 1974 and attended Columbia and Oxford universities. He is the author of the novels Amnesty; Selection Day, now a series on Netflix; The White Tiger, which won the Man Booker Prize; and the story collection Between the Assassinations. He lives in Mumbai, India.