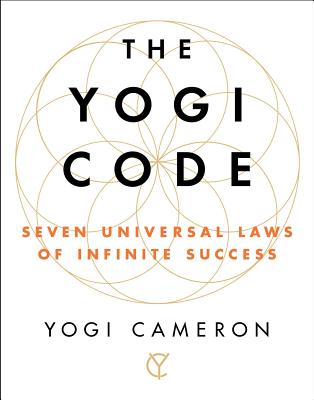 Thousands of years of wisdom are distilled into one accessible and simple code of ethics comprised of seven daily practices “imbued with heart, soul, and genuine love for the empowering potential of this practice” (LA Yoga).

With carefully crafted chapters and practices expertly created to fit into your fast-paced days, these “lucid teachings from a compassionate teacher” (Publishers Weekly) will bring order to your life and point you in the direction of your eternal purpose.

"Yogi Cameron’s new book The Yogi Code is for everyone...the path of a Yogi [is] more than a bunch of poses. The book is based around seven universal laws that help 'you to redefine your story of success and take charge of who you are.' Who doesn’t want to do that?!"
— The Wendy Williams Show

Yogi Cameron first started practicing Yoga in Paris at the Sivananda Ashram in 1987 while living a supermodel's life as the face of Versace, and the muse of Madonna and Elton John. He moved to India and studied the Yoga principles and Ayurveda for over a decade before coming to America to teach westerners the power of The Yogi Code. He has been featured on The Dr. Oz Show, The Ellen DeGeneres Show, The Today Show, Extra, and Martha, amongst others. He has also been featured in The New York Times, Men's Journal, The Wall Street Journal, The London Times, and ELLE magazine, and he is the author of two previous books and is a regular contributor to the Huffington Post, Mind Body Green, Thrive Market's Website, and Sharecare, a health portal which is part of Dr. Oz’s outreach program for health and lifestyle experts.
Loading...
or support indie stores by buying on
(This book is on backorder)