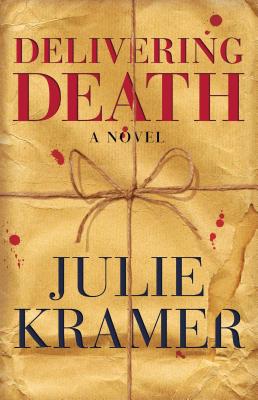 From the author of Stalking Susan comes the next in the “compulsively readable” (WCCO-TV) bestselling Riley Spartz thriller series, featuring a smart, sassy, and always entertaining TV reporter as she matches wits with a media-savvy killer.

Be careful what you open...

The most appealing mystery heroine since Janet Evanovich’s Stephanie Plum, TV reporter Riley Spartz is a star investigative journalist for Channel 3—and no stranger to the seedier side of her hometown. But when she receives a package of human teeth in the mail at work, she’s quickly embroiled in a homicide investigation that spirals into one of the odder cases the Minneapolis police force has ever seen. Though the cops try to keep certain grisly details quiet, this murder has a strange twist—it seems that the killer wants the crime publicized.

Is it a revenge killing, or something more? Riley’s investigation takes her inside a lucrative identity theft ring that links low-life crooks to white-collar opportunists. While Riley pushes to keep the homicide in the news, her boss is convinced that coverage of the Mall of America’s unique version of a royal wedding is key to the station’s winning ratings. As the stakes continue to rise for her job and her life, Riley must outwit the killer in a trap that could leave yet another person dead.

An irresistible suspense novel that will keep you turning pages until the stunning conclusion, Delivering Death brings the humor, intrigue, and twists and turns that Kramer’s fans love.

Julie Kramer is a journalist turned novelist. She writes a series of thrillers set in the desperate world of TV news. Julie has won the Daphne du Maurier Award for Mainstream Mystery/Suspense, RT Reviewer’s Choice Award for Best First Mystery, as well as the Minnesota Book Award. Her work has also been nominated for the Anthony, Barry, Shamus, Mary Higgins Clark, and RT Best Amateur Sleuth Awards. She formerly ran WCCO-TV’s investigative unit before becoming a freelance network news producer for NBC and CBS. She lives with her family in White Bear Lake, Minnesota.
Loading...
or
Not Currently Available for Direct Purchase