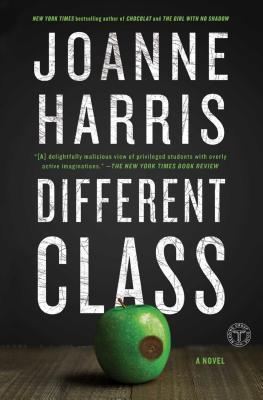 From the New York Times bestselling author of Chocolat comes a dark, psychological suspense tale in the tradition of Patricia Highsmith about a sociopathic young outcast at an antiquated prep school and the curmudgeonly Latin teacher who uncovers his dangerous secret.

After thirty years at St. Oswald’s Grammar in North Yorkshire, England, Latin master Roy Straitley has seen all kinds of boys come and go. Each class has its own clowns, rebels, and underdogs—all who hold a special place in the old teacher’s heart. But every so often there’s a boy who doesn’t quite fit the mold. A troublemaker. A boy with darkness inside.

With insolvency and academic failure looming, a new headmaster arrives at the venerable school, bringing with him new technology, sharp suits, and even girls to the dusty corridors. But while Straitley does his sardonic best to resist these steps toward the future, a shadow from his past begins to stir again. A boy who still haunts Straitley’s dreams twenty years later. A boy capable of terrible things.

Joanne Harris (MBE) was born in Barnsley in 1964 to a French mother and an English father. She studied Modern and Mediaeval Languages at Cambridge and was a teacher for fifteen years, during which time she published three novels, including Chocolat. Her books are now published in over fifty countries and have won a number of British and international awards. She is an honorary Fellow of St Catharine’s College, Cambridge, and has been a judge for the Whitbread Prize, the Orange Prize, the Desmond Elliott Prize, and the Royal Society Winton Prize for Science. She works from a shed in her garden and lives with her husband and daughter in a little wood in Yorkshire.

Praise For Different Class: A Novel…

Mr. Chips meets Gordon Gekko in Harris' novel of academe….Harris expertly manipulates reader expectations as to the identities of St. Oswald's true villains, past and present. A gripping fictional exposé of a tempest no teapot can contain.
— Kirkus Reviews

How well do we know the people around us? What façade do they show to the world that hides their deepest thoughts and fears?....Harris’s sharp-eyed observations of human behavior are on the mark.
— Library Journal, starred review

Harris magnificently manages every minute thread of the story, and even makes us laugh along the way . . . exquisitely sinister. . . Part black comedy, part thriller, and totally enjoyable.
— Daily Mail

Her real metier is psychological suspense, and her accomplished new book, Different Class, is a prime example of her skills in this area . . . Crime novel or literary novel? Categories really don’t matter; readers will find themselves comprehensively gripped.
— Independent

A magnificently plotted and twisty journey to the heart of a 24-year-old crime...darkly humorous...constantly wrongfoots and misdirects...up to a satisfyingly eccentric conclusion.
— Observer