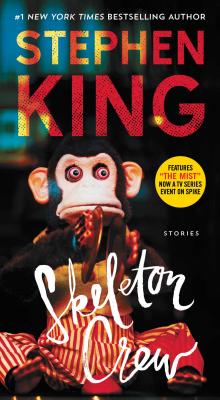 Stephen King’s #1 New York Times bestseller—an anthology of stories from the outer limits of the imagination!

From one of the greatest storytellers in modern times comes this classic collection of twenty-two works of fright and wonder…unforgettable tales that will take you to where your darkest fears await. Whether it’s a mysterious impenetrable mist camouflaging bizarre, otherworldly terrors that could herald the destruction of humanity…or an eerie-looking child’s toy that harbors an unimaginable evil…or four college students on a deserted lake encountering something that crosses the boundary of sanity…or a man suddenly given the omnipotent ability to quite literally edit his own reality…the extraordinary narratives found in Skeleton Crew are the enduring and irresistible proof that Stephen King is a true master of the short fiction form.