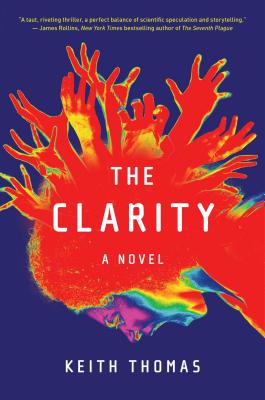 For fans of Black Mirror and True Detective, a visceral high‑concept thriller about a psychologist who must protect the life of an eleven-year-old girl whose ability to remember past lives makes them both targets of a merciless killer.

Are the Night Doctors coming for you?

Dr. Matilda Deacon is a psychologist researching how memories are made and stored when she meets a strange eleven-year-old girl named Ashanique. Ashanique claims to harbor the memories of the last soldier killed in World War I and Matilda is at first very interested but skeptical. However, when Ashanique starts talking about being chased by the Night Doctors—a term also used by an unstable patient who was later found dead—Matilda can’t deny that the girl might be telling the truth.

Matilda learns that Ashanique and her mother have been on the run their whole lives from a monstrous assassin named Rade. Rade is after a secret contained solely in memories and has left a bloody trail throughout the world in search of it. Matilda soon realizes Ashanique is in unimaginable danger and that her unique ability comes with a deadly price.

Fast-paced and suspenseful, The Clarity is a chilling blend of science and danger—a compelling take on the possibilities of reincarnation and life after death.

Praise For The Clarity: A Novel…

"Chilling speculative thriller. Tautly plotted and well researched, this book is a riveting take on the possibility of afterlife and reincarnation."—Book Riot

Keith Thomas worked as a lead clinical researcher at the University of Colorado Denver School of Medicine and National Jewish Health before writing for film and television. He has collaborated with James Patterson on a screenplay and a novel. His work has also appeared in Geek and McSweeney’s.
Loading...
or support indie stores by buying on
(This book is on backorder)