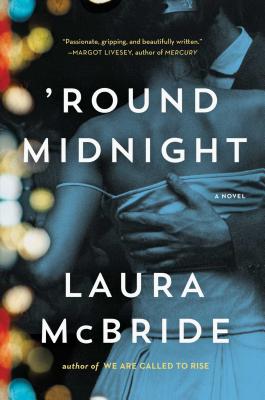 “Four women, five decades, and one Las Vegas nightclub come together in a powerful story of lust, grief, and family ties. Laura McBride spins a richly evocative tale of the glory days of Las Vegas and the women who inhabit this world. Their stories are intertwined both with and without their knowledge, and together they forge a future that none of them could foresee. Taking readers from the depths of grief and then sending them soaring with emotion, 'Round Midnight is an awe-inspiring novel that deserves to be on the bookshelf of every avid reader.”
— Pamela Klinger-Horn, Excelsior Bay Books, Excelsior, MN
View the List

From the author of We Are Called to Rise comes a novel about the interconnected lives of four women in Las Vegas, each of whom experiences a life-changing moment at a classic casino nightclub.

What is it about the Midnight Room?

The One Who Falls in Love: June hires a charismatic black man to sing at her club, but her fast-paced lifestyle runs aground as racial tensions mount.

The One Who Gets Lucky: Honorata leaves the Philippines as a mail-order bride, then strikes it rich in the Midnight Room.

The One Whose Heart Is Broken: Engracia finds bad luck in the Midnight Room and becomes enmeshed in Honorata’s secrets when she confronts a man with a gun.

The One Who Always Wondered: Coral struggles with her mysterious past until a desire to help Engracia steers her to the Midnight Room.

Wise and heartbreaking, jubilant and loving, ’Round Midnight is about the intensity and intimacy of four women’s lives, lives that are connected by secrets, courage, tragedies, and small acts of kindness. This brilliantly conceived, passionately written novel will resonate long after you turn the final page.

Praise For 'Round Midnight: A Novel…

"Laura McBride braids a compelling, heartbreaking narrative of four women--June, Honorata, Engracia and Coral--whose lives are transformed by the El Capitan....McBride is skilled at handling multiple narrative threads, but more simply, she knows how to do what Vegas does: lure a passerby in, hook them with a good story and leave them wanting more."
— Shelf Awareness