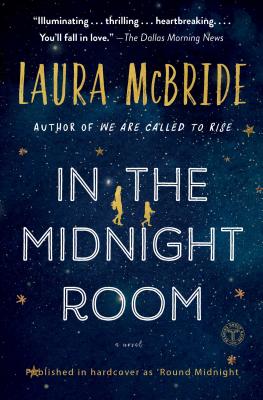 In the Midnight Room (Paperback)

“If McBride is trying to prove—that if you change one life, you change the world—she succeeds magnificently.”—Booklist

From the author of the acclaimed novel We Are Called to Rise comes a “jewel of a novel” (BookPage) about four vivid and complicated women in Las Vegas whose lives become connected by secrets, courage, tragedies, and small acts of kindness.

Fun-loving and rebellious, twenty-one-year-old June Stein abandons the safe world of her New Jersey childhood for edgy 1950s Las Vegas. For the next 60 years, June will dare to live boldly. She will upend conventions, risk her heart and her life, rear a child, lose a child, love more than one man, and stand up for more than one woman.

June’s story will intertwine with those of three unlikely strangers: a one-time mail order bride from the Philippines, a high school music teacher, and a young mother from Mexico working as a hotel maid. Knit together around June’s explosive secret, they forge a future that none of them foresee.

This jubilant, compassionate novel explores the unexpected ways that life connects us, changes us, and even perfects us. A powerful story of lust and of hope, of redemption and of compassion, In the Midnight Room is a smart, sagacious novel about womanhood, family bonds, and how we live in America now.

Laura McBride lives in Las Vegas and teaches composition at the College of Southern Nevada. She is the author of the novels We Are Called to Rise and In the Midnight Room.

Praise For In the Midnight Room: A Novel…

"Laura McBride braids a compelling, heartbreaking narrative of four women--June, Honorata, Engracia and Coral--whose lives are transformed by the El Capitan....McBride is skilled at handling multiple narrative threads, but more simply, she knows how to do what Vegas does: lure a passerby in, hook them with a good story and leave them wanting more."
— Shelf Awareness
or support indie stores by buying on
Copyright © 2020 American Booksellers Association