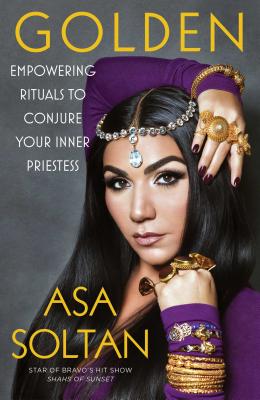 Persian Pop Priestess and Spiritual Gangsta, Asa Soltan shares seven sacred rituals on beauty, love, career, family, and friendships. She finally gives her loyal legion of fans the book they’ve been begging for, providing them with the tools to find confidence, empowerment, and channel their inner priestess.

Feeling a need to connect to her culture and herself, she created rituals that she practiced every day. At first they were a simple way to create a sacred space for herself so she could go within and remember who she really was. But when she became a refugee for the second time moving from Germany to Los Angeles, those rituals kept her deeply connected to her Inner Priestess—the authentic version of herself that existed without ego, baggage, or attachments to material things.