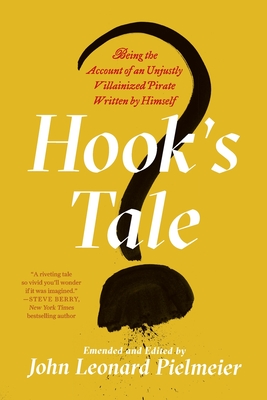 A rollicking debut novel from award-winning playwright and screenwriter John Pielmeier reimagines the childhood of the much-maligned Captain Hook: his quest for buried treasure, his friendship with Peter Pan, and the story behind the swashbuckling world of Neverland.

Long defamed as a vicious pirate, Captain James Cook (a.k.a. Hook) was in fact a dazzling wordsmith who left behind a vibrant, wildly entertaining, and entirely truthful memoir. His chronicle offers a counter narrative to the works of J.M. Barrie, a “dour Scotsman” whose spurious accounts got it all wrong. Now, award-winning playwright John Pielmeier is proud to present this crucial historic artifact in its entirety for the first time.

John Pielmeier is a three-time Emmy- and Golden Globe-nominated playwright and screenwriter. His successful plays, television movies, and miniseries include Agnes of God, Gifted Hands, Choices of the Heart, The Memory Keeper’s Daughter, and successful screen adaption of Ken Follett’s The Pillars of the Earth. He has received the Humanitas Award (plus two nominations), five Writers’ Guild Award nominations, a Gemini nomination, an Edgar Award, the Camie Award, and a Christopher Award. He is married to writer Irene O’Garden and lives in upstate New York. Hook’s Tale is his first novel.
Loading...
or
Not Currently Available for Direct Purchase