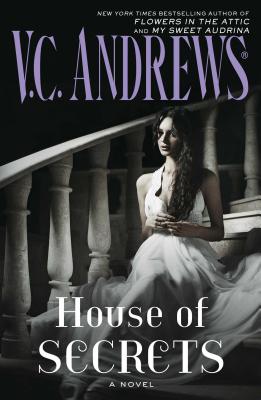 From the New York Times bestselling author and literary phenomenon V.C. Andrews (Flowers in the Attic, My Sweet Audrina) comes a shivery gothic tale of romance, class divisions, and the secrets that haunt families for generations.

Ever since Fern could remember, she and her mother have lived as servants in Wyndemere House, the old gothic mansion of the Davenport family. She may have been a servant, but Fern developed a sweet friendship with Dr. Davenport’s son, Ryder, and she was even allowed free range of the estate.

But Dr. Davenport has remarried and his new wife has very different ideas about a servant’s place. Now Fern and her mother are subject to cruel punishments, harsh conditions, and aren’t even allowed to use the front door.

Yet, for all her wrath, the cruel woman cannot break the mysterious bond between Ryder and Fern. And when Ryder invites Fern to join his friends at prom, there’s nothing Mrs. Davenport can do to stop them nor can she continue to guard the secret that haunts the women of Wyndemere—but there’s nothing she won’t try.

After all, reputation is everything.

One of the most popular authors of all time, V.C. Andrews has been a bestselling phenomenon since the publication of Flowers in the Attic, first in the renowned Dollanganger family series, which includes Petals on the Wind, If There Be Thorns, Seeds of Yesterday, and Garden of Shadows. The family saga continues with Christopher’s Diary: Secrets of Foxworth, Christopher’s Diary: Echoes of Dollanganger, and Secret Brother, as well as Beneath the Attic, Out of the Attic, and Shadows of Foxworth as part of the fortieth anniversary celebration. There are more than eighty V.C. Andrews novels, which have sold over 107 million copies worldwide and have been translated into twenty-five foreign languages. Join the conversation about the world of V.C. Andrews at Facebook.com/OfficialVCAndrews.
or support indie stores by buying on
Copyright © 2020 American Booksellers Association