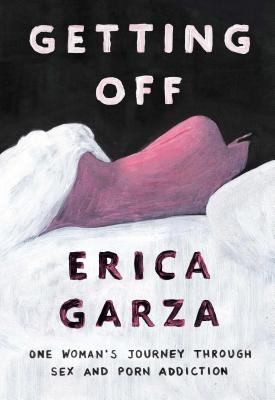 What sets this courageous and riveting account apart from your typical misery memoir is the absence of any precipitating trauma beyond the garden variety of hurt we’ve all had to endure in simply becoming a person ― reckoning with family, learning to be social, integrating what it means to be sexual. Whatever tenor of violence or abuse Erica’s life took on through her behavior was of her own making, fueled by fear, guilt, self-loathing, self-pity, loneliness, and the hopelessness those feelings brought on as she runs from one side of the world to the other in an effort to break her habits —from East Los Angeles to Hawaii and Southeast Asia, through the brothels of Bangkok and the yoga studios of Bali to disappointing stabs at therapy and twelve-steps back home.

In these remarkable pages, Garza draws an evocative, studied portrait of the anxiety that fuels her obsessions, as well as the exhilaration and hope she begins to feel when she suspects she might be free of them. And yet there is no false or prepackaged sense of redemption here. Even her relationship with the man she will ultimately marry seems credibly, painfully rocky as it finds its legs with several false starts. Erica’s increasing sense of self-acceptance and peace by journey’s end feels utterly earned, and absent of recovery platitudes.

PRAISE FOR GETTING OFF BY ERICA GARZA:

“The memoir shines light on the lonely (albeit impressively multi-orgasmic) world of a woman who binges not on food or pills, but on hookups and 'getting off'…her prose is appealingly no-frills and accessible. She writes in the style of one who knows better than to linger too long on the eroticism of her memories—one who has learned the hard way how crucial it is to keep the dangerous rushes of euphoric recall in check…In reading Garza’s insight into her own experiences, we better understand ourselves…the strong final chapters, sublimely set in Southeast Asia, are both inspirational and, dare I say it, still pretty kinky.” —New York Times Book Review

"Erica Garza has written a riveting, can't-look-away memoir of a life lived hard-core...In an era when predatory male sexual behavior has finally become a topic of urgent national discourse...Getting Off makes for a wild, timely read."—Elle Magazine

"Garza frankly and unflinchingly chronicles these experiences...Garza’s memoir is the rare sex addiction narrative from a female perspective, and a profoundly genuine, gripping story that any reader can appreciate."—Vice

“Accessible and intimate; her stories relatable for anyone who has ever felt 'less than,' who has attempted (unsuccessfully) to fill the loneliness of life…a heartbreaking and insightful read, a candid reminder that recovery is rarely a straightforward journey…But it's hopeful, too—Garza is unflinchingly honest and introspective about her obsessions and how she found a path out of them. This is a necessary book that adds an important voice to a much-needed conversation.”—Shondaland.com

“Erica Garza’s Getting Off: One Woman’s Journey Through Sex and Porn Addiction is like Belle de Jour if Séverine was a real woman writing in the 21st century and exploring her desires before she even had the chance to become a bored housewife...That Garza’s memoir ends with satisfying sex, sensuality, and self-acceptance is triumphant, but not because her prior sex life seems so licentious; there’s plenty she doesn’t do. Rather, the compelling part of Garza’s story is that recovery entails the acceptance of her libido and refusal of shame. In a world that still fears female sexuality and buys into the dichotomy of the Madonna-whore complex, Getting Off is doing crucial work...Garza is admirably bold, laying everything bare via her chosen genre...If we care about the sexual health of our young people, we might encourage them to read Getting Off." —Los Angeles Review of Books

"Often, sex addiction is associated with the poor behavior of predatory men. Harvey Weinstein and Kevin Spacey claimed they were addicted to sex. In Getting Off, Erica Garza offers an important correction to that public narrative by telling her own story."—Bitch Media

"Erica Garza’s first memoir tracks her lifelong struggle with sex addiction, from 'strings of failed relationships and serial hook-ups with strangers, inevitable blackouts to blunt the shame,' shedding light on a very real dependency that women are rarely empowered to speak about." —Glam.com

“What makes the book tick is that Garza’s ability and talent as a storyteller. She’s a well-known essayist on this subject, and she is able to mine the depths of magic and mystery that makes sex what it is....Painfully open and vulnerable. This memoir succeeds as the best memoirs do.” —New  York Journal of Books

"Fascinating...Garza takes the reader through a very intimate journey of self-discovery and acceptance."—Roar

“You might expect Erica Garza’s memoir to be overly salacious. But as you dig in…you’ll find it to be fiercely dynamic and courageous.” —HelloGiggles

“Erica Garza’s Getting Off, is an unvarnished portrait of one the most difficult rooms to describe in the dark house of addiction; it is also a frank account of leaving. Garza does not make the escape look easy, nor does she give credit to one way out, but it is clear that the telling is an important part. For her. For all of us. As she describes so beautifully in these pages, it starts with pressing the bruise, locating the shame, and letting it go.” —Bill Clegg, bestselling author of Portrait of an Addict as a Young Man: A Memoir and Did You Ever Have a Family: A Novel

“In simple, elegant prose and with courageous honesty, Erica Garza traces the journey every girl must make toward womanhood: validating her own perceptions, admitting her own vulnerabilities and faults, trying and stumbling, learning to love and forgive herself and others. Yet somehow, Garza has turned this universal story into a page-turner. I read it in one sitting; I think you will too.” —Robin Rinaldi, author of The Wild Oats Project

“To speak about women’s sexual desire as a singular thing, disconnected from male desire, is a transgressive and novel act. Add the ways Erica Garza admits to using her own pleasure to avoid genuine connection, and you practically have a revolution between these covers. With grace, humility, and lyricism, Erica Garza captures a rarely understood experience, and begins a different, badly needed discussion about women, sex, and addiction.” —Kerry Cohen, author of Loose Girl, A Memoir of Promiscuity

Born in Los Angeles to Mexican parents, Erica Garza has spent most of her adult life traveling and living abroad. She currently lives in Los Angeles with her husband and daughter. Erica’s essays have appeared in Salon, Narratively, BUST, Marie Claire, Good Housekeeping, Refinery29, Bustle, Alternet, Vivala, HelloGiggles, the Los Angeles Review, and Australia’s Mamamia and The Motherish. She has appeared as a guest on BBC Radio 4, Thom Hartmann’s The Big Picture, and August McLaughlin’s Girl Boner Radio. In 2010, she earned her MFA in Creative Nonfiction at Columbia University. Her memoir on sex addiction, Getting Off, is her first book.
Loading...
or
Not Currently Available for Direct Purchase