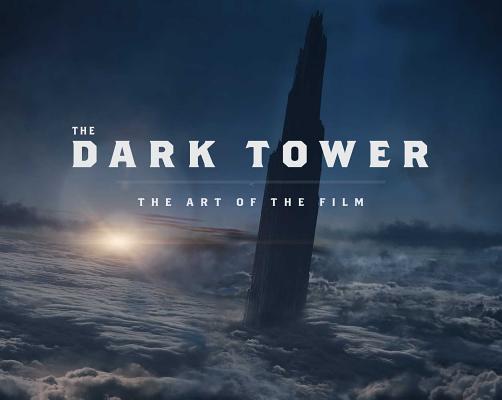 The Art of the Film

This deluxe, illustrated official companion to the Dark Tower movie—based on Stephen King’s bestselling eight-volume series—explores the art and creation of this extraordinary film, starring Idris Elba as The Gunslinger and Matthew McConaughey as his nemesis, The Man in Black.

A gorgeous celebration of the art and creation of the Dark Tower movie, Dark Tower: The Art of the Film includes interviews with actors and the director, the costume designer, and the set designer. From revealing how casting found the stars and the photography team scouted key locations, thoughts on where the Dark Tower can go from here, the book is organized into five parts.

-Part I: The Path to the Tower discusses the origins of the saga and its thematic and cultural influences.
-Part II: The Gunslinger and the Man in Black profiles the two characters as two opposing forces.
-Part III: Mid-World is a journey through the bizarre wasteland of interdimensional detritus that is Mid-World.
-Part IV: Keystone Earth might be our Earth, but the Keystone Earth of the Dark Tower universe is also rocked by quakes and stretched thin by interdimensional stress.
-Part V: The Dark Tower is the wrap-up section collecting insights from the film’s major players, sharing their favorite memories and looking back on the journey that led them to this point.

Over three decades ago Stephen King introduced readers to Roland Deschain, the last Gunslinger. In 2003 King wrote the last of seven novels in the Dark Tower series. Now fans of the book and of the movie will welcome this big, beautiful, full-color book that they’ll need for their collections.

Daniel Wallace is a comic book expert, and author or coauthor of more than two dozen books, including The Jedi Path, Ghostbusters: The Ultimate Visual History, Iron Man Manual, Man of Steel: Inside the Legendary World of Superman, and the New York Times bestselling Star Wars: The New Essential Guide to Characters.
Loading...
or
Not Currently Available for Direct Purchase