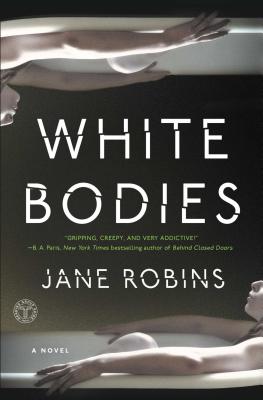 This “deliciously creepy psychological thriller” (Publishers Weekly)—think Strangers on a Train for the modern age—explores the dark side of love and the unbreakable ties that bind two sisters together.

Felix and Tilda seem like the perfect couple: young and in love, a financier and a beautiful up-and-coming starlet. But behind their flawless façade, not everything is as it seems.

Worried about the psychological hold that Felix seems to have over Tilda, Callie joins an internet support group for victims of abuse and their friends. However, things spiral out of control and she starts to doubt her own judgment when one of her new acquaintances is killed by an abusive man. And then suddenly Felix dies—or was he murdered?

A psychologically sophisticated tale that centers on the bond between sisters. Callie fears that her sister, Tilda, has married a dangerous man – but her attempts to help reveal a shocking truth. Creep-tastic!
— Good Housekeeping

A suspenseful and twisty foray into the world of obsessive love that suspense junkies should not miss.
— Library Journal

[A]n utterly unputdownable story of the blurred line between obsession and love....From its disarming first pages to its shocking conclusion, WHITE BODIES is original and inventive - a breath of fresh air in a crowded genre, and a 2017 must-read.
— Crime by the Book

A hard-to-put-down page-turner…the constant sense of unease, the continual second-guessing by both reader and characters, and the sense of deep flaws in ordinary people living what look to be ordinary lives that make this novel so intriguing—and disturbing.
— Reviewing the Evidence

A compelling psychological thriller that shines light on love and obsession and where they may lead. Robins is a writer to watch.
— Booklist

Jane Robins began her career as a journalist with The Economist, The Independent, and the BBC. She has made a specialty of writing historical true crime and has a particular interest in the history of forensics. She has published three books of nonfiction in the UK, Rebel Queen (Simon & Schuster, 2006), The Magnificent Spilsbury (John Murray, 2010), and The Curious Habits of Doctor Adams (John Murray, 2013). More recently, she has been a Fellow at the Royal Literary Fund.
Loading...
or support indie stores by buying on