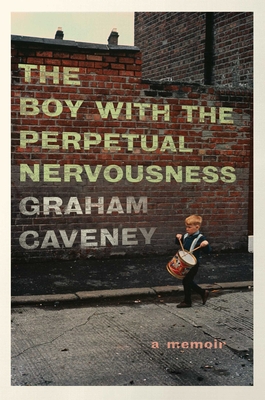 The Boy with the Perpetual Nervousness

An enthralling, emotional memoir that recounts the ups and downs of coming-of-age, set against the music and literature of the 1970s.

Raised in a small town in the north of England known primarily for its cotton mills, football team, and its deep roots in the “Respectable Working Class,” Graham Caveney armed himself against the confusing nature of adolescence with a thick accent, a copy of Kafka, and a record collection including the likes of the Buzzcocks and Joy Division. All three provided him the opportunity to escape, even if just in mind, beyond his small-town borders. But, when those passions are noticed and preyed upon by a mentor, everything changes.

Now, as an adult, Caveney attempts to reconcile his past and present, coming to grips with both the challenges and wonder of adolescence, music, and literature. By turns angry, despairing, beautifully written, shockingly funny, and ultimately redemptive, The Boy with Perpetual Nervousness is a tribute to the power of the arts—and a startling, original memoir that “feels as if it had to be written, and demands to be read” (The Guardian UK).

Graham Caveney has worked as a journalist, academic, and critic. Publications he has contributed to include NME, Q, Blitz and City Limits. He is the author of a memoir, The Boy with Perpetual Nervousness; ‘The Priest’ They Called Him, a monograph on William Burroughs; Screaming with Joy, a monograph on Allen Ginsberg; and, with Elizabeth Young, of Shopping in Space: Essays on American ‘Blank Generation’ Fiction. He lives in Nottingham, UK.
Loading...
or support indie stores by buying on