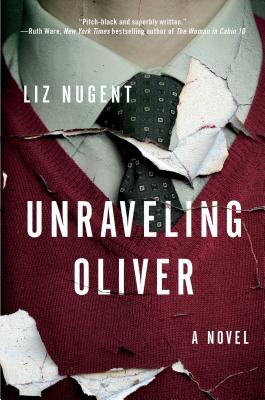 Praise For Unraveling Oliver: A Novel…

“Already an award-winning debut in the author’s native Ireland, this will attract fans of domestic suspense… readers will eagerly turn the pages all the way to the shocking conclusion.”
— Library Journal

“Searing, searching, finally scorching. Think Making a Murderer via Patricia Highsmith: an elegant kaleidoscope novel that refines and combines multiple perspectives until its subject is brought into indelible, tragic focus.”
— A. J. Finn, author of The Woman in the Window

“'I expected more of a reaction the first time I hit her.’ From that searing opening line, the 'who' and the 'what' of this unnerving psychological thriller are never in doubt.. it’s the 'why' that fascinates as Nugent expertly peels back the layers to reveal the truth.”
— PEOPLE

"A dark secret life is at the center of Nugent's debut novel... Nugent may be used to spending her life behind the scenes. But she'll be in the foreground for the foreseeable future."

"A gripping and powerful read."

"Each year, a small handful of books are selected as “Buzz Books” at the BookExpo of America conference — a sign that a book.. has the makings of a hit. This year, Liz Nugent’s Unraveling Oliver is one of those books."

"The compulsion to continue reading never wanes and most impressively the ending doesn't buckle under the weight of expectation ... a persistently satisfying read."
— Sunday Times

"'Compelling, clever and dark, unlike any other psychological thriller you will have read before ... you'll gobble it up in one go."
— Heat Magazine

"A pyschopath's true face is reflected in a vast hall of mirrors--friends, family, and lovers--in this gripping, original tale."
— Erica Ferencik, author of The River at Night

A "highly entertaining and aesthetically satisfying novel — a book that stretches the limits of crime fiction... Nugent’s other exceptional asset is her skill as a plotter. She assembles the pieces of Oliver’s past to form a rich and coherent design."
— The Washington Post