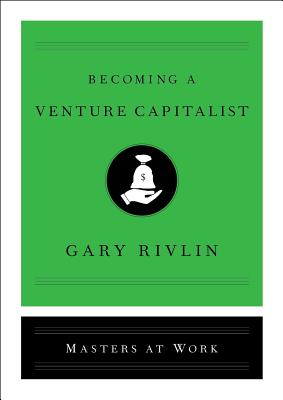 A reader-friendly guide to the inner workings and behind-the-scenes action of Silicon Valley and venture capitalism.

Investigative reporter Gary Rivlin gives an armchair tour of the world of venture capitalism, while providing vivid case studies illustrating how to get started in the field. He shows how once-small companies such as Facebook, Instagram, and Amazon used venture capitalism to transform into the icons they are today, and the VCs that made a fortune in the process. Readers will learn what series funding is, the difference between an angel and super angel investor, and how to go about identifying ideas worthy of funding.

Becoming a Venture Capitalist is not only an exclusive look into the world of legendary venture firms—as well as stories of their most interesting characters, including Peter Thiel, Reid Hoffman, and Mark Zuckerberg—but a wonderful guide on how to break into a seemingly impenetrable world.

Gary Rivlin is a Pulitzer Prize–winning investigative reporter and the author of five books, including Katrina: After the Flood. His work has appeared in The New York Times, Mother Jones, GQ, and Wired, among other publications. He is a two-time Gerald Loeb Award winner and former reporter for the New York Times. He lives in New York with his wife, theater director Daisy Walker, and two sons.
Loading...
or support indie stores by buying on
(This book is on backorder)