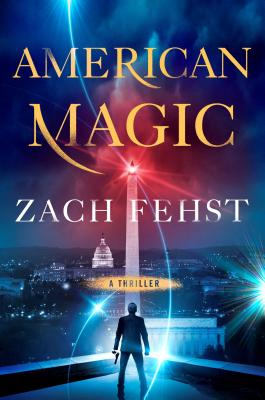 In this fast-paced, international thriller, chaos erupts after a shadowy figure with ties to an elite and ancient society posts incantations on the dark web that allow people to perform real magic.

When an enigmatic message uploaded to the dark web turns out to contain an ancient secret giving regular people the power to do impossible things, like levitate cars or make themselves invisible, American government officials panic. They know the demo videos on YouTube and instructions for incantations could turn from fantastical amusement to dangerous weapon at the drop of the hat, and they scramble to keep the information out of the wrong hands.

They tap Ben Zolstra, an ex-CIA field operative whose history with the Agency is conflicted at best, to lead the team that’s racing to contain the dangerous knowledge—and track down the mysterious figure behind the leak who threatens that even more dangerous spells will be released one by one until the world as we know it no longer exists.

This sweeping, globe-spanning thriller explores the dark consequences of a question mankind has been asking for centuries: What if magic were real?

Praise For American Magic: A Thriller…

"Exciting...fun...Readers will find this thriller a refreshing change from the stock agent-on-the-run formula. Fehst is a writer to watch."
— Publishers Weekly

"AMERICAN MAGIC is a unique treasure. It’s a fast moving thriller with great characters, a fresh plot, intriguing twists, and terrific writing. I hope this is the first of many from this talented author."
— New York Times Bestselling author Iris Johansen

Zach Fehst, born in Minneapolis, hosted the Emmy-nominated nature show, The Ultimate Guide to the Awesome on the Discovery Kids Network. American Magic is his first novel.
Loading...
or
Not Currently Available for Direct Purchase