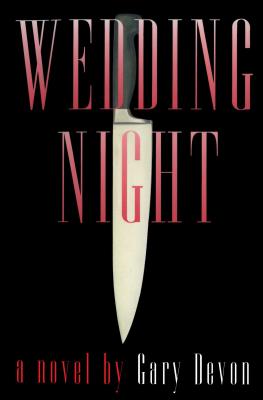 After marrying a young man she only briefly knew in college, Callie McKenna is reminded that you can’t trust everyone you meet after their relationship turns dangerous in this story of buried secrets and frightening deceit by Gary Devon.

When actress Callie McKenna marries Malcom Rhodes, a young man she met while in college, she has no idea of the danger that awaits her.

Drawn together by a fierce sexual attraction, Callie and Malcolm enjoy a romance of storybook proportions that leads them straight to the alter. But a dark secret long buried in Malcolm’s past soon turns Callie’s passion into terror.

Haunted by the past that is quickly catching up to him, Malcolm will do anything to prevent his secret from coming out and ruining his future with his new bride who finds herself suddenly caught in a web of lies, secrets, and murder.

Following his graduation from the University of Evansville, Gary Devon won a writing contest sponsored by the New Yorker and was awarded a fellowship to the Iowa Writers workshop, where he studied with Kurt Vonnegut and José Donoso. His first novel, Lost, was nominated for the Mystery Writers of Americas Edgard Award. He wrote two other novels, Bad Desire and Wedding Night.
Loading...
or support indie stores by buying on