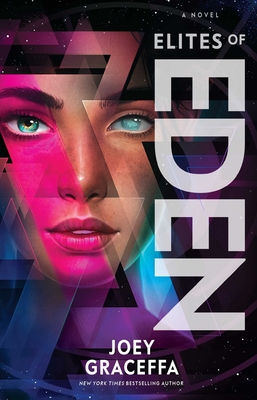 Two young girls hold the fate of the world in their hands in the highly anticipated sequel to the instant #1 New York Times bestseller Children of Eden.

Yarrow is an elite: rich, regal, destined for greatness. She’s the daughter of one of the most powerful women in Eden. At the exclusive Oaks boarding school, she makes life miserable for anyone foolish enough to cross her. Her life is one wild party after another…until she meets a fascinating, lilac-haired girl named Lark.

Meanwhile, there is Rowan, who has been either hiding or running all her life. As an illegal second child in a strictly regulated world, her very existence is a threat to society, punishable by death…or worse. After her father betrayed his family, and after the government killed her mother, Rowan discovered a whole city of people like herself. Safe in an underground sanctuary that also protected the last living tree on Earth, Rowan found friendship, and maybe more, in a fearless hero named Lachlan. But when she was captured by the government, her fate was uncertain.

When these two girls discover the thread that binds them together, the collision of memories means that their lives may change drastically—and that Eden may never be the same.

Joey Graceffa is a leading digital creator, actor, and producer, best known for his scripted and vlog work with YouTube. He is the author of the instant New York Times bestselling memoir In Real Life: My Journey to a Pixelated World and the bestselling novels Children of Eden and its sequel Elites of Eden. In 2013, he produced and starred in his own Kickstarter–funded supernatural series, Storytellers, for which he won a Streamy Award. In 2016, he debuted Escape the Night, a “surreality” competition series for YouTube Red that returned for a third season in the summer of 2018. Joey’s other interests include a proprietary accessories/home décor line called Crystal Wolf and supporting various nonprofit organizations for literacy, children’s health and wellness, and animal welfare. To learn more about the author, visit JoeyGraceffa.com.
Loading...
or support indie stores by buying on