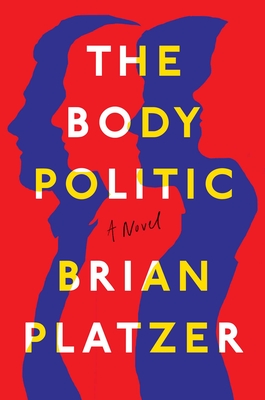 In the bestselling tradition of The Interestings and A Little Life, this keenly felt and expertly written novel by the author of the “savvy, heartfelt, and utterly engaging” (Alice McDermott) Bed-Stuy Is Burning follows four longtime friends as they navigate love, commitment, and forgiveness while the world around them changes beyond recognition.

“Platzer's (Bed-Stuy is Burning, 2018) second novel is about four friends in their thirties in New York City. But The Body Politic is bold in other ways. Firmly set in the almost-present aftermath of the 2016 election, it's propelled by real-world headlines.” —Booklist

Praise for Bed-Stuy is Burning:

“Riveting, full of cliffhanger chapter endings and surprise twists… Mr. Platzer deftly swivels among the clashing points of view, and the climax, in which Aaron returns to disperse the crowd with an improvised sermon, is powerfully done.” —Wall Street Journal

"Brian Platzer's first novel captures a violent day in the uneasy life of a gentrifying Brooklyn neighborhood where the fragility of love, parenthood, class and race is put to the test. A bad day in Bed-Stuy is a vivid microcosm of the United States, but the hope Platzer suggests with his characters' healthy unmasking offers optimism for the whole country's days ahead." —Shelf Awareness

“A debut novel about class conflict, race and gentrification. Reminiscent of Bonfire of the Vanities.” —New York Post

"Platzer, a writer and educator who lives in Bed-Stuy, is aiming high here, addressing race-related violence, the Black Lives Matter movement, gentrification, and other volatile topics. He succeeds in presenting multiple perspectives of dramatic yet familiar situations." —Booklist

“[A] dramatic first novel… the prose is energetic, and Platzer is obviously committed to exploring these contemporary urban issues.” —Library Journal

“Platzer clearly knows his turf. A Bed-Stuy resident himself, he convincingly sketches out how thin the neighborhood's peaceful veneer is.” —Minneapolis Star Tribune

"Brian Platzer's first novel is a savvy, heartfelt and utterly engaging examination of gentrification, love, race, ambition, money, parenthood and even faith. A Bonfire of the Vanities for millennials, it is a marvelous, and daring, debut." —Alice McDermott, National Book Award-winning author of Charming Billy

Brian Platzer has an MFA from the Johns Hopkins Writing Seminars, and a BA from Columbia University. His writing has appeared often in The New Yorker’s “Shouts and Murmurs” and McSweeney’s “Internet Tendency,” as well as in The New York Times, The New Republic, Salon, and elsewhere. He lives with his wife and two young sons in Bed-Stuy, Brooklyn, and teaches middle school English in Manhattan. He is the author of the novels Bed-Stuy Is Burning and The Body Politic.
Loading...
or support indie stores by buying on