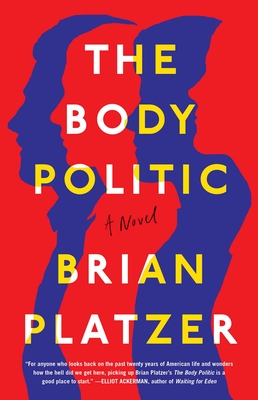 In the bestselling tradition of The Interestings and A Little Life, this “cleverly constructed and emotionally compelling” (Jenny Offill, Dept. of Speculation) novel follows four longtime friends as they navigate love, commitment, and forgiveness while the world around them changes beyond recognition—from the author of the “savvy, heartfelt, and utterly engaging” (Alice McDermott) Bed-Stuy Is Burning.

New York City is still regaining its balance in the years following September 11, when four twenty-somethings—Tess, Tazio, David, and Angelica—meet in a bar, each yearning for something: connection, recognition, a place in the world, a cause to believe in. Nearly fifteen years later, as their city recalibrates in the wake of the 2016 election, their bond has endured—but almost everything else has changed.

Elegant and perceptive, “The Body Politic is a book about many things—what it means to be unwell, what it means to heal, how deep and strange friendships can be, and how hidden things never stay hidden for long” (Rachel Monroe, author of Savage Appetites).

“Platzer's (Bed-Stuy is Burning, 2018) second novel is about four friends in their thirties in New York City. But The Body Politic is bold in other ways. Firmly set in the almost-present aftermath of the 2016 election, it's propelled by real-world headlines.” —Booklist
or support indie stores by buying on
Copyright © 2020 American Booksellers Association