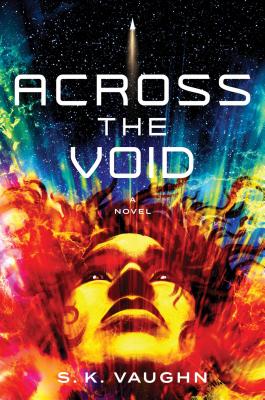 A visceral space thriller—perfect for fans of Arrival and The Martian—following the sole survivor of a catastrophic accident in space that leaves her drifting in the void with only the voice of her estranged husband, a NASA scientist, to guide her back to Earth.

Commander Maryam “May” Knox awakes from a medically induced coma alone, adrift in space on a rapidly failing ship, with little to no memory of who she is or why she’s there.

Slowly, she pieces together that she’s the captain of the ship, Hawking II; that she was bound for Europa—one of Jupiter’s moons—on a research mission; and that she’s the only survivor of either an accident—or worse, a deliberate massacre—that has decimated her entire crew. With resources running low, and her physical strength severely compromised, May must rely on someone back home to help her. The problem is: everyone thinks she’s dead.

Back on Earth, it’s been weeks since Hawking II has communicated with NASA, and Dr. Stephen Knox is on bereavement leave to deal with the apparent death of his estranged wife, whose decision to participate in the Europa mission strained their marriage past the point of no return. But when he gets word that NASA has received a transmission from May, Stephen comes rushing to her aid.

What he doesn’t know is that not everyone wants May to make it back alive. Even more terrifying: she might not be alone on that ship. Featuring a twisting and suspenseful plot and compelling characters, Across the Void is a moving and evocative thriller that you won’t be able to put down.

Praise For Across the Void: A Novel…

“The mysterious SK Vaughn has taken a well-loved genre and given it a much needed shot in the arm. Fantastic idea, but delivered with such heart, incredible tension, and beautifully drawn out characters. It’s the best survival thriller I’ve read since The Martian.”
— John Marrs, author of The One

S.K. Vaughn is the pseudonym for an author of three internationally bestselling thrillers. Vaughn’s first science fiction novel, Across The Void, will be released in multiple languages and territories worldwide. S.K. Vaughn lives and works in North Beach, San Francisco.
Loading...
or
Not Currently Available for Direct Purchase