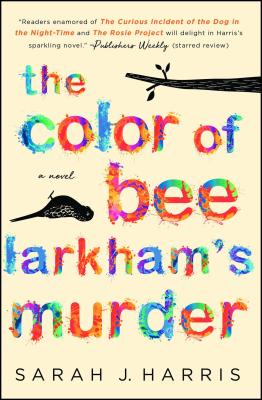 The Color of Bee Larkham's Murder

A boy with synesthesia—a condition that causes him to see colors when he hears sounds—tries to uncover what happened to his beautiful new neighbor—and if he was ultimately responsible in this “compelling and emotionally charged mystery that warrants comparisons to Mark Haddon’s The Curious Incident of the Dog in the Night-Time” (Library Journal).

In this highly original “fantastic debut” (Publishers Weekly, starred review), thirteen-year-old Jasper Wishart lives in a world of dazzling color that no one else can see, least of all his dad. Words, numbers, days of the week, people’s voices—everything has its own unique shade. But recently Jasper has been haunted by a color he doesn’t like or understand: the color of murder.

Convinced he’s done something terrible to his neighbor, Bee Larkham, Jasper revisits the events of the last few months to paint the story of their relationship from the very beginning. As he struggles to untangle the knot of untrustworthy memories and colors that will lead him to the truth, it seems that there’s someone else out there determined to stop him—at any cost.

Full of page-turning suspense and heart-wrenching poignancy—as well as plenty of humor—The Color of Bee Larkham’s Murder is “completely original and impossible to predict” (Benjamin Ludwig, author of Ginny Moon) with a unique hero who will stay with you long after you turn the last page.

“Sarah J. Harris has written an insightful character study with a terrific mystery alongside. Or maybe it’s a terrific mystery chaperoned by a compelling, heartbreaking, insightful narrator. Take your pick. Either way, it’s a great story, hard to put down and beautifully told.”
— Laurie Frankel, author of This Is How It Always Is

Sarah J. Harris is an author and freelance education journalist who regularly writes for national British newspapers. She is the author of the young adult series Jessica Cole: Model Spy, written under her pen name, Sarah Sky. She lives in London with her husband and two young children. The Color of Bee Larkham’s Murder is her first adult novel.
Loading...
or support indie stores by buying on