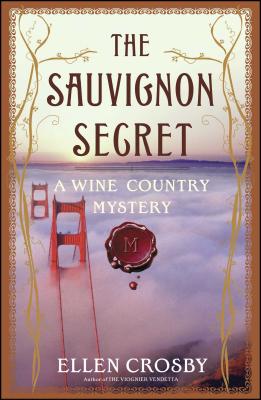 WHEN LUCIE MONTGOMERY FINDS the body of prominent wine merchant Paul Noble hanging from a beam in his art studio not far from her Virginia vineyard, she is unwittingly dragged into Noble’s murky past. Once a member of the secretive Mandrake Society, Noble might have aided in a cover-up of the deaths forty years ago of a disabled man and a beautiful young biochemist involved in classified government research.

A seemingly innocent favor for an old friend of her French grandfather sends Lucie to California, where she teams up with Quinn Santori, who walked out of Lucie’s life months earlier. Soon Lucie and Quinn are embroiled in a deadly cat-and-mouse game that takes them from glittering San Francisco to the legendary vineyards of Napa and Sonoma, and back home to Virginia, as they try to discover whether a killer may be seeking vengeance for the long-ago deaths. As Lucie and Quinn struggle to uncover the past, they must also decide whether they have a future together. Blending an intriguing mystery with an absorbing plot, vivid characters, and a richly evoked setting, The Sauvignon Secret should be savored like a glass of fine wine.