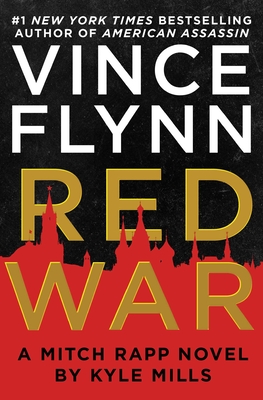 “Mills is the only writer capable of filling the enormous void left by Vince Flynn.”—The Real Book Spy

Success means averting a war that could consume all of Europe. But if his mission is discovered, Rapp will plunge Russia and America into a conflict that neither will survive.

“In the world of black-ops thrillers, Mitch Rapp continues to be among the best of the best” (Booklist, starred review).

"The characters drive the story and Mitch Rapp continues to be a mainstay of the modern techno-thriller."
— New York Journal of Books

Kyle Mills is the #1 New York Times bestselling author of nineteen political thrillers, including Total Power, Lethal Agent, and Red War for Vince Flynn and The Patriot Attack for Robert Ludlum. He initially found inspiration from his father, the former director of Interpol, and still draws on his contacts in the intelligence community to give his books such realism. Avid outdoor athletes, he and his wife have lived in Jackson Hole, Wyoming, for over twenty years. Visit his website at KyleMills.com.
Loading...
or
Not Currently Available for Direct Purchase