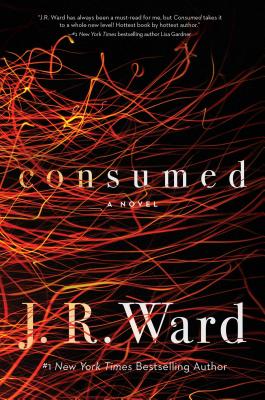 From the #1 New York Times bestselling author of the popular Black Dagger Brotherhood series comes a brand-new novel about arson investigator, Anne Ashburn, who is consumed by her troubled past, her family’s scorched legacy, and her current case: chasing a deadly killer.

Anne Ashburn is a woman consumed...

By her bitter family legacy, by her scorched career as a firefighter, by her obsession with department bad-boy Danny McGuire, and by a new case that pits her against a fiery killer.

Strong-willed Anne was fearless and loved the thrill of fighting fires, pushing herself to be the best. But when one risky decision at a warehouse fire changes her life forever, Anne must reinvent not only her job, but her whole self.

Shattered and demoralized, Anne finds her new career as an arson investigator a pale substitute for the adrenaline-fueled life she left behind. She doesn't believe she will ever feel that same all-consuming passion for her job again--until she encounters a string of suspicious fires setting her beloved city ablaze.

Danny McGuire is a premiere fireman, best in the county, but in the midst of a personal meltdown. Danny is taking risks like never before and seems to have a death wish until he teams up with Anne to find the fire starter. But Danny may be more than a distraction, and as Anne narrows in on her target, the arsonist begins to target her.

From the creator of the bestselling Black Dagger Brotherhood, get ready for a new band of brothers. And a firestorm.

“J.R. Ward has always been a must-read for me, but Consumed takes it to a whole new level! Hottest book by hottest author.”
— #1 New York Times bestselling author Lisa Gardner

"JR Ward is a master of paranormal and contemporary romance, with heroes so hot they set the pages on fire!"
— Gena Showalter, New York Times bestselling author

“Prepare for addiction. The ‘just one more chapter’ that will take you to the end of the book and leave you wanting more. Enter any world of JR Ward.”
— Kristen Ashley, New York Times bestselling author

""J.R. Ward is one of the finest writers out there--in any genre."
— Sarah Maas, New York Times bestselling author

“Ward is a master of her craft.”
— New York Journal of Books

“Hold on tight for an intriguing, adrenaline-pumping ride.”
— Booklist

“[Fans] of the hypermasculine vampire warriors will appreciate the tough, damaged exterior and raw sexuality of both Danny and Anne.”
— Booklist