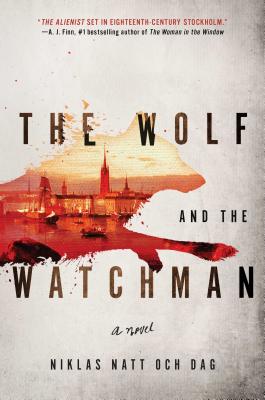 “What's better than an ornate period piece with style to spare? One that includes a murder mystery. Oh, and boy is it a riveting mystery....A bit of Patrick Süskind’s Perfume and a bit of Sherlock Holmes, this wolf has some bite to it.” —NPR

“Reads like a season of ‘True Detective’...anchored by a powerful sense of place and a memorable cast of characters....You won’t soon forget it.” —USA TODAY

Winge and Cardell become immersed in a brutal world of guttersnipes and thieves, mercenaries and madams. From a farmer’s son who is led down a treacherous path when he seeks his fortune in the capital to an orphan girl consigned to the workhouse by a pitiless parish priest, their gruesome investigation peels back layer upon layer of the city’s labyrinthine society. The rich and the poor, the pious and the fallen, the living and the dead—all collide and interconnect with the body pulled from the lake.

Niklas Natt och Dag (“Night and Day”) is a member of the oldest surviving noble family in Sweden. He enjoys playing the guitar, mandolin, violin, and the Japanese bamboo flute. The Wolf and the Watchman, his first novel, was named the Best Debut of 2017 by the Swedish Academy of Crime Writers and is being published in thirty countries. He lives in Stockholm, Sweden, with his wife and their two sons.
Loading...
or
Not Currently Available for Direct Purchase