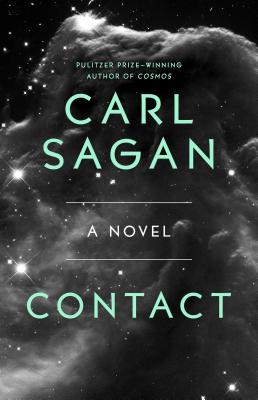 The Pulitzer Prize-winning author of Cosmos and renowned astronomer Carl Sagan’s international bestseller about the discovery of an advanced civilization in the depths of space remains the “greatest adventure of all time” (Associated Press).

The future is here…in an adventure of cosmic dimension. When a signal is discovered that seems to come from far beyond our solar system, a multinational team of scientists decides to find the source. What follows is an eye-opening journey out to the stars to the most awesome encounter in human history. Who—or what—is out there? Why are they watching us? And what do they want with us?

One of the best science fiction novels about communication with extraterrestrial intelligent beings, Contact is a “stunning and satisfying” (Los Angeles Times) classic.

Carl Sagan was Professor of Astronomy and Space Sciences and Director of the Laboratory for Planetary Studies at Cornell University. He played a leading role in the Mariner, Viking, and Voyager spacecraft expeditions, for which he received the NASA medals for Exceptional Scientific Achievement. Dr. Sagan received the Pulitzer Prize and the highest awards of both the National Academy of Sciences and the National Science Foundation for his contributions to science, literature, education, and the preservation of the environment. His book Cosmos was the bestselling science book ever published in the English language, and his bestselling novel, Contact, was turned into a major motion picture.
or support indie stores by buying on