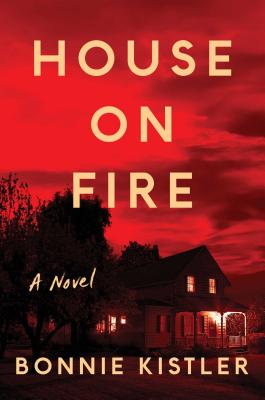 In the bestselling tradition of Jodi Picoult and Celeste Ng, a tightly wound and suspenseful novel about a blended family in crisis after a drunk driving accident leaves the daughter of one parent dead—and the son of the other parent charged with manslaughter.

Divorce lawyer Leigh Huyett knows all too well that most second marriages are doomed to fail. But five years in, she and Pete Conley have a perfectly blended family of her children and his. To celebrate their anniversary, they grab some precious moments of alone time and leave Pete’s son Kip, a high school senior, in charge of Leigh’s fourteen-year-old daughter Chrissy at their home.

Driving back on a rainy Friday night, their cell phones start ringing. After a raucous party celebrating his college acceptance to Duke and his upcoming birthday, Kip was arrested for drunk driving after his truck crashed into a tree. And he wasn’t alone—Chrissy was with him.

Kip has always been a notorious troublemaker, but he’s also a star student with a dazzling future ahead of him. At first, Leigh does her best to rally behind Pete and help Kip through his ordeal. Until he changes his story, and claims that he wasn’t driving after all—Chrissy was, and he swears there is a witness.

Leigh is stunned that he would lie about such a thing, while Pete clutches onto the story as the last, best hope to save his son, throwing his energy and money into finding this elusive witness. As they hurtle toward Kip’s trial date, husband and wife are torn between loyalty to their children and to each other, while the mystery of what really happened that night intensifies.

This richly conceived and tightly plotted exploration of family and tragedy will have you racing toward its shocking and thought-provoking conclusion.

“A nuanced and compelling story of a family in crisis. Kistler handles a tragedy and the questions that swirl around it with a depth that will take your breath away and have you asking yourself—what would I do? Outstanding!”
— Liz Fenton & Lisa Steinke, authors of The Good Widow and Girls’ Night Out

“Intensely emotional and instantly gripping, Bonnie Kistler’s HOUSE ON FIRE is a masterfully written saga of family drama in the vein of Celeste Ng, Liane Moriarty and Sally Hepworth…[Kistler] has a knack for putting life on the page, and the book is full of these tautly written and achingly relatable interactions…an instantly compelling and compulsively readable novel.”
— Book Reporter

Bonnie Kistler is a former trial lawyer. She spent her career in private practice with major law firms and successfully tried cases in federal and state courts across the country, as well as teaching writing skills to other lawyers and lecturing frequently to professional organizations and industry groups. She and her husband now live in Florida and the mountains of western North Carolina. They have two daughters.
Loading...
or
Not Currently Available for Direct Purchase