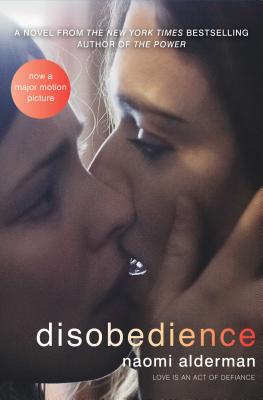 From the New York Times bestselling author of The Power comes a novel about a young woman who must return home in the wake of her father’s death and confront the tight-knit Orthodox community that she ran away from—reigniting the old flames of forbidden love.

DISOBEDIENCE reaches beyond expose status. A loving anger feeds its critique of the UK's orthodox Jewish society, and its split narrative—which points to a culture clash as absurd as a lunch date between Moses and Sandra Bernhard—edges towards acceptance, hope and a middle ground.
— Vogue (UK)

A revealing glimpse into a closed community and offers serious ethical questions to ponder. An excellent choice for women's book clubs.
— Booklist

Alderman creates for the reader a well-textured image of a world that most will never experience.
— Minneapolis Star-Tribune

Naomi Alderman is a graduate of Oxford University and the University of East Anglia's Creative Writing MA and has published award-winning short fiction in a number of anthologies. She has worked as an editor and game designer, and spent several years living in New York. She grew up in the Orthodox Jewish community in Hendon, the neighborhood in London where she now lives.
Loading...
or support indie stores by buying on