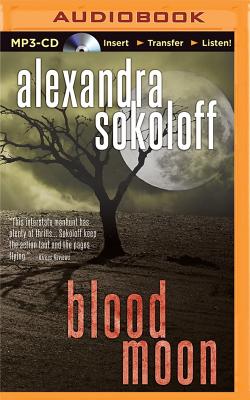 Twenty-five years have passed since a savage killer terrorized California, massacring three ordinary families before disappearing without a trace. The only surviving victim of his rampage was a child who is now wanted by the FBI for brutal crimes of her own.

Special Agent Matthew Roarke is on an interstate manhunt to track her down, despite feeling torn between his dedication to duty and his sympathy for her horrific history and motives. But when Roarke's search unearths evidence of new family slayings, the dangerous woman he seeks and secretly wants may be his only hope of preventing another bloodbath. He just has to find her first.

The pulse-pounding sequel to "Huntress Moon" is sure to leave listeners on the edges of their seats.