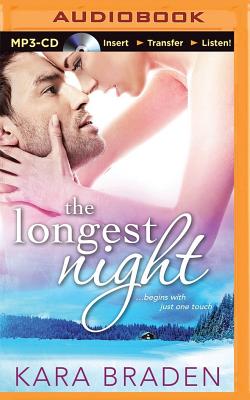 Discover the debut everyone's raving about, with starred reviews from Publishers Weekly, Booklist, and Library Journal

This could work, whispered the little voice in the back of her mind, the voice that had been silent for seven years....

She sought solace in solitude

Years ago, former Marine Captain Cecily Knight fled her dark past and the nightmares forever haunting her nights. Alone in the remote Canadian wilderness, she survives day to day...until Ian Fairchild comes storming into her life and shatters her protective seclusion.

Until one touch bared her soul

Aloof but intriguing, defensive but undeniable, Ian is everything Cecily shouldn't want but can't ignore. He watches her with shrewd blue eyes, as if determined to decipher her secrets...and for the first time in years, she finds herself coming alive beneath the hands of a man with too many scars to count.

As the hushed and harsh winter closes in around them, two lost souls find themselves on the precipice of a love that could save their lives...or destroy them forever.