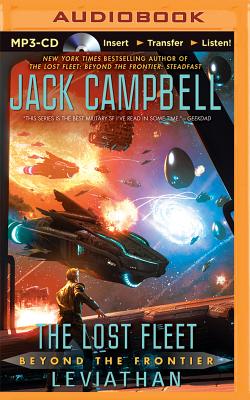 Two Syndicate World star systems have fallen prey to a mysterious fleet of warships--a fleet controlled entirely by artificial intelligence--that is now targeting Alliance space. The warships are no mystery to Geary. They were developed by his government to ensure security but malfunctioned. If the Syndics learn the truth, the war with the Alliance will resume with a vengeance.

As the government attempts to conceal the existence of the AI warships--and its role in their creation--Geary pursues them, treading a fine line between mutiny and obedience. But it soon becomes clear that his fleet is no match for the firepower of the machine-piloted armada.

With the help of the Dancer species of aliens, Geary has tracked the AI ships to their secret base in the supposedly mythical Unity Alternate star system where his fleet, the last hope of the Alliance's future, will end the conflict at any cost....