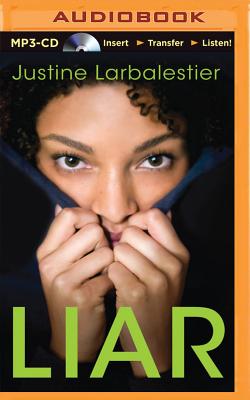 “Ever since Micah began high school, she has layered falsehood upon falsehood. And even though the entire school knows she isn't trustworthy, Micah somehow continues to dupe them. But when her boyfriend is brutally murdered, Micah must come to terms with the truth in all its horror. In this intriguing novel, readers must decide if Micah is what she says, or if she is simply spinning herself deeper into a web of lies.”
— Megan Graves, Hooray for Books!, Alexandria, VA
View the List

Micah will freely admit she's a compulsive liar, but that may be the one honest thing she'll ever tell you. Over the years she's fooled everyone: her classmates, her teachers, even her parents. And she's always managed to stay one step ahead of her lies. That is, until her boyfriend dies under brutal circumstances and her dishonesty begins to catch up with her. But is it possible to tell the truth when lying comes as easily as breathing? Taking listeners deep into the psyche of a young woman who will say just about anything to convince them -- and herself -- that she's finally come clean, Liar is a bone-chilling thriller that will have listeners seesawing between truths and lies right up to the end. Honestly.