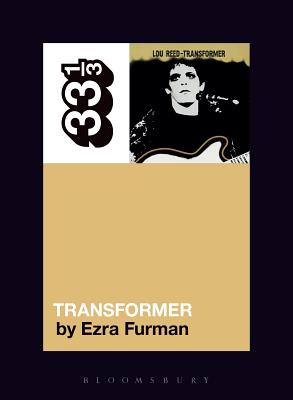 Transformer, Lou Reed's most enduringly popular album, is described with varying labels: it's often called a glam rock album, a proto-punk album, a commercial breakthrough for Lou Reed, and an album about being gay. And yet, it doesn't neatly fit into any of these descriptors. Buried underneath the radio-friendly exterior lie coded confessions of the subversive, wounded intelligence that gives this album its staying power as a work of art. Here Lou Reed managed to make a fun, accessible rock'n'roll record that is also a troubled meditation on the ambiguities-sexual, musical and otherwise-that defined his public persona and helped make him one of the most fascinating and influential figures in rock history. Through close listening and personal reflections, songwriter Ezra Furman explores Reed's and Transformer's unstable identities, and the secrets the songs challenge us to uncover.

Ezra Furman is a singer, songwriter and recording artist. He has released seven albums to critical acclaim. He lives in Berkeley, CA.
or support indie stores by buying on
Copyright © 2020 American Booksellers Association